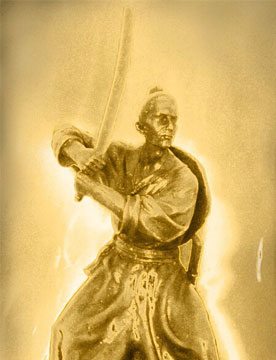 During a momentous battle, a Japanese general decided to attack even though his army was greatly outnumbered. He was confident they would win, but his men were filled with doubt. On the way to the battle, they stopped at a religious shrine. After praying with the men, the general took out a coin and said,

“I shall now toss this coin. If it is heads, we shall win. If tails, we shall lose. Destiny will now reveal itself.”

He threw the coin into the air and all watched intently as it landed. It was heads. The soldiers were so overjoyed and filled with confidence that they vigorously attacked the enemy and were victorious. After the battle, a lieutenant remarked to the general,

“No one can change destiny.”

“Quite right,” the general replied as he showed the lieutenant the coin, which had heads on both sides….

This is a great story and has a strong message! People can be given the best advice, the best tools for the challenge at hand, even be very talented and have access to the greatest coaches but if their motivation and self belief in the subject isn’t there, they will not get there. On the flip side, you may be down in the dumps and not have access to anything initially to help you but if your determined enough and truly believe you’ll get there… You will make it happen!

Have a great week