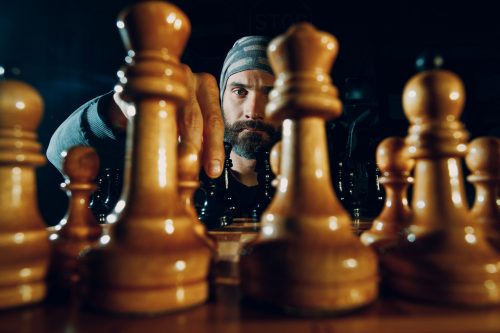 I was an avid chess player until the age of 11 until my interests turned to other things. To be honest I wish I kept it up!

Having to learn more advanced methods of play all these years later is fun but also making me realise how much i’ve missed.

Reading about chess championships and the former champions has been interesting, especially because of what many of them went through regarding the diet and lifestyle associated with playing at the highest level.

Garry Kasparov is arguably the greatest player to ever sit down next to the famous board and knew just how much energy and rest his brain needed to perform at the highest level.

Perhaps something we all need to take note of.

Kasparov has said his winning streaks have been down to his ability to thrive under intense pressure for long periods of time, his need for rest days before matches, physical fitness and dedication to optimal nutrition.

Without the above areas taken care of, Kasparov has said he wouldn’t have won his championships. Big statement.

To give you an idea of how stressful it can be at the top, when Kasperov was playing Karpov for the title in 1984, Karpov lost nearly 8kg of bodyweight playing the matches!

Considering he was a slight man, this was very significant at the time and could’ve cost him his health (perhaps it did to a certain extent).

The latest neuroscience agrees with Kasparov, you need to be ‘in shape’ to think… and if we want to be on top of our game in life, the same applies to us.

Rupert Hambly @ruperthamblypt
When it comes to posture, how you hold yourself in everyday life will have more of an influence than dedicated trai… https://t.co/XKnVe0ipxM
2 days