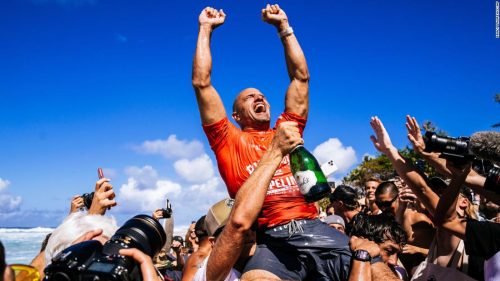 You may have heard on the news recently that Kelly Slater, a few days away from being 50 years young, won the very famous and treacherous pipeline pro surfing competition.

His main rival in the final was less than half his age (A fun fact here is that he is the son of one of his main rivals in the 90’s), as were many other of his competitors.

Slaters win was exactly 30 years after his first win at Pipeline in Oahu. Absolutely mind blowing.

And why he’s in the conversation for greatest athlete of all time, not just greatest competitive surfer (which he is by a nautical mile).

To put this in perspective, Slater has:

So what can we learn from him?

Kelly Slater thinks about longevity when it comes to nutrition and wellbeing in general. This helps him make choices based on how he’ll be living in the future, not reactionary choices for a dopamine or sugar hit.

Whole foods and paying attention to labels and where the food is coming from creates an awareness that few have.

Gut health strategies like Kombucha are a staple choice in his house and lets face it, it’s a great alternative choice to other carbonated drinks.

Flexibility work has been at the forefront of Slaters training for many years now. He knows that it’s one of the fundamental principles of avoiding injury as the years fly by.

It’s a mindset that lives in the moment while planning for the future.