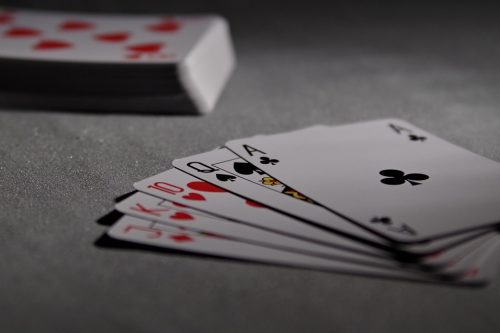 When you think of feats of endurance, you imagine running a marathon or cycling across the country, right?

You don’t picture sitting around a table for a couple of hours playing cards.

That’s something you do when you’ve got off the bike or hung up the lycra for the day, as a way of relaxing, isn’t it? Actually, no, it isn’t.

Playing poker might not be seen as an endurance sport in the same way as some of our other featured sports. Sproutwired.com even suggests it could become an Olympic sport, which suggests it is competitive and that top players need to train for.

Look at it this way; you wouldn’t eat junk food before cycling 50km, and you wouldn’t drink three bottles of fizzy pop before running a marathon. Both take a lot out of you, physically and mentally, and the same goes for a game of poker.

At the highest level, poker players are athletes of a sort; they play for hours at a time, needing to remain mentally focused and not allowing their physical form to impact their performance.

They train, just as athletes do for big races, but as Poker.org explains, that involves studying opponents and building a strategy. When they play, they’re recalling that knowledge, as well as dealing with the ever-changing face of the game.

That’s why there is a level of fitness needed for players likely to compete at this year’s World Series of Poker.

If you’ve ever been interested in the key fitness elements of poker, then I have got you covered right here.

Just as an athlete prepares for a big race, a poker player should put preparation into their physical shape before a big game. Remember, they can be sitting at a table for many hours, which is a feat of endurance, and for that, you can prepare physically.

If you have an active life, running or cycling, then you will be ready without too much effort; your physical shape will allow you to remain sedentary for long periods.

However, if a poker player is not in good condition, they should workout for at least one hour a day.

Yoga really helps – it isn’t too strenuous but allows the body to adapt to remain in one place without becoming achy or irritable. As Healthline reveals, yoga can help decrease stress, which is useful in poker, and it can improve sleep quality.

If there’s one thing you need before a big race, event or poker tournament, it is a good night’s sleep.

Nutrition is hugely important, and images of smoky poker rooms with unhealthy drinks and snacks on the table or not helpful for poker players.

Instead, look to remain stable with three meals a day and avoid sugary, fatty foods.

If you’re in the right physical shape, you won’t need the boost provided by energy drinks or coffee; they can raise anxiety and stress levels and make you a rash player.

Poker players should look to have a similar diet to athletes.

During a game, have snacks to hand for the long stints of activity, but ensure they’re rich in fiber, and if possible, have Omega 3 to boost cognitive response.

The final key element of poker nutrition is water – poker players should drink around ten glasses per day ahead of a big game.

We’re not talking about a backroom game with friends here, but a serious, real money tournament where something is at stake.

That situation will test your endurance, stamina, and brainpower, just as a marathon will, and you need to prepare accordingly.

If you feel that you need something extra to keep you in shape and feeling good, do check out our article on ‘How Chiropractic Care Can Change Your Life’.

Health and fitness writer with a passion for gaming