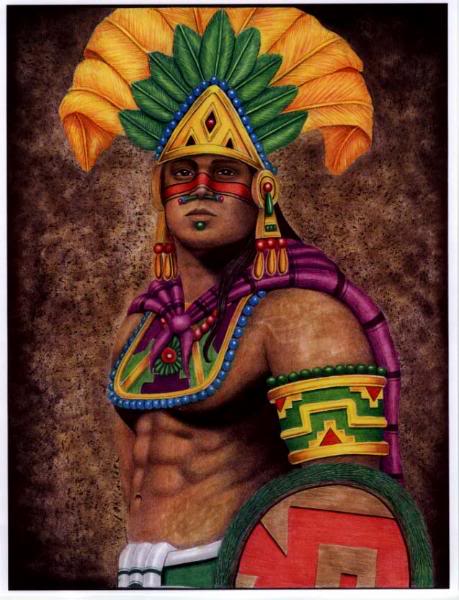 So I was was having a conversation the other day about ancient diets and various benefits. The Aztecs came up and for good reason…

These guys arguably created the most advanced civilisation on the planet at the time and invented things that some of todays science is based on. Not only that but they had everybody in their society, trained to integrate with society to be useful (certainly lost these days!) and all the boys were taught how to be a warrior so that if needed, they could defend the kingdom at any time. Pretty cool uh.

There are all kinds of tales that the Spanish conquest told and some of the stories of human endurance, agility and strength were amazing to say the least. So yes they trained hard and rested better but what was their secret warrior diet? Fish, bird meats, high nutrient vegetables and an abundance or Chia seeds and Quinoa. Chia seeds seem to stand out in history the most with this subject and also for good reason…

The Aztec warriors knew of the seeds amazing nutritional qualities very well and they believed in them so much, that these were sometimes the only diet ration they’d take on long (and I mean long) journeys for battle. So what’s so special about them?

1. Chia seeds have a 100% more omega 3 than salmon
2. Chia seeds have twice as many antioxidants as blueberries
3. Six times more calcium than milk
4. Can provide 42% of the daily fiber requirements with just 2 tablespoons
5. New research shows that regular consumption can help to lower blood pressure
6. Reduce inflammation
7. 20% protein
8. Easily tolerated by the digestive system

Check them out and have a great week!