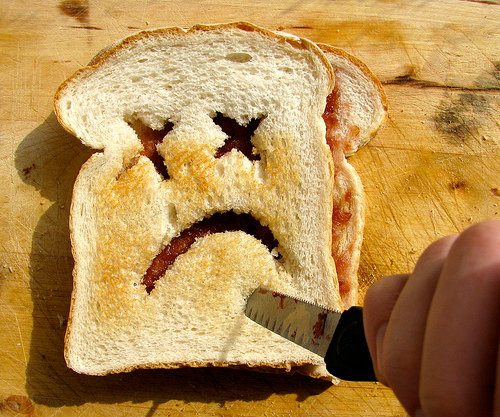 Hope you’re having great week and are closer to your goals than you were last week!

Oh boy have we had it with this one eh? Gluten this, gluten that over recent years! With this blog I’m going to cut to the chase about the whole gluten free trend that’s going around. Then give you the bottom line on Gluten and Wheat, as there’s an absolute mess of information out there. I’ll explain why it has been a problem and what you can really do about it. My approach is to write questions i’m commonly asked and for me to answer them without anything being too long and drawn out…

We’ve been eating wheat for millions of years! We’re meant to eat it?

That simply is not true. Research suggests that we only started farming a maximum of 10,000 years ago. which means that if we ate any wheat at all, it would’ve been in extremely small quantities. The majority of our diet would’ve been similar to the paleo diet of anything you can pick, dig up or hunt (berries, nuts, vegetables, fish and animals).

Well it takes 100,000 years to change the human genome by a tenth of a one percent. This means that for us to adapt to eating something we were not eating in the past, will take a considerable amount of time. 10,000 years is not enough, hence the problems. For instance there are plants out there that are poisonous to us but not to certain animals because nature has adapted them to be able to eat it for their environment over millions of years.

So aren’t some people ok to eat wheat though?

Yes some are ok in regards to recordable tests that are performed at the moment but these people can still be damaged by it in other ways.

So what are the symptoms of intolerance of wheat?

Lower abdominal bloating, chronic inflammation of the joints, headaches, oxidation by free radicals, constipation, Keratosis pilaris (spotty chicken like skin on the back of the arms), Fatigue, tired after eating a meal with gluten in it, vestibular system malfunction (balance), Hormone imbalances, fibromyalgia, mood swings.

Holy s**t! I have some of these symptoms. How do I really know it’s gluten?

Best thing to do, is eat the way your plan is that I’ve written for you, get the right amount of water and sleep, then cut wheat out for at least 2 weeks. See how you feel. It can also be worth getting a test done from your GP but like I mentioned before, this test looks at only part of the problem.

Have you personally had any of these problems with wheat?

Yes, looking back now I even remember that since I was a child, after eating wheat, I’d get lower abdominal bloating. Of course the common conception is that you have a full stomach which is why your belly can pop out slightly after a meal. The reason is because inflammation is happening in your intestinal tract with intestinal permeability from Gliadin (found in gluten) and your body needs more room for the ‘swollen’ area. So it shuts down the abdominal wall, meaning it becomes relaxed.

Wont Ab crunches turn the Abs back on?

No. Muscles are controlled by the nervous system and it doesn’t matter if you can do swiss ball Ab crunches with a 45K dumbbell like I do, if they’re not switching on, you compensate with other muscles to do the exercise. This of course is very dangerous, especially when doing heavy weights like squats and deadlifts as the lumbar spine will take a beating without the support of the Abdominals and TVA (transverse abdominis)

Be careful with that too. A lot of companies have jumped on the bandwagon and are producing things that are sometimes far worse for you! A lot of ‘gluten free’ recipes are full of extra E numbers, sugar, preservatives and highly processed flours with high GI indexes. So make sure you read labels and what I suggest our clients to do is simply eat things that naturally don’t contain gluten, like the above mentioned foods.

Now i get it, all these gluten free advertisements just made me think that it was some new fad. I did read something a while ago that wheat was more palatable 50 years ago?

There could be some truth to that actually. Today’s wheat is a far cry from what it was 50 years ago. Back in the 1950s, scientists began cross-breeding wheat to make it shorter and better-growing. This work, which was the basis for the Green Revolution — and one that won U.S. plant scientist Norman Borlaug the Nobel Prize — introduced some compounds to wheat that aren’t entirely human friendly.

As cardiologist Dr. William Davis noted in his book, Wheat Belly: Lose the Wheat, Lose the Weight and Find Your Path Back to Health, today’s hybridized wheat contains sodium azide, a known toxin. It also goes through a gamma irradiation process during manufacturing.

Damn, then why is bread so damn nice?!

Research also suggests that eating wheat lights up the morphine receptors of your brain and thus, can become very addictive

Nope. Think about it, we shouldn’t be addicted to any food, food is sustenance to keep us healthy and vital, it shouldn’t be an addiction. But because wheat does this to our brain (similar to sugar) you crave it, over eat it and it’s hard to cut out. Great for all those coffee shops that sell cakes with Wheat and sugar in them to wash down with an Espresso. Triple whammy of addiction there!

This is really interesting, is there anything else important about Wheat?

Yes and it’s not good news either! Some more reasons to get it out of your diet

2. Effects memory. A study in 2005 looked at hip to waist ratios and the structural changes in their brain. They found that the larger a persons belly, the smaller the persons hippocampus! This specifically effects memory! Wheat, because of it’s tendency to effect fat in the mid section, can also lead to this.

3. Paediatricians often diagnose children with attention deficit hyperactivity disorder, or ADHD, and attempt to treat it with powerful medication. There is a story of a woman who was having trouble with her four-year-old son, a victim of the disorder. Perlmutter (a famous neurologist) ran a simple test for gluten-sensitivity on the boy and found that he was 300 percent more sensitive than normal.

Once the boy was put on a gluten-free diet and given additional omega-3 fat DHA supplements, his hyperactivity lessened greatly. Often, medication isn’t the right solution to our problems; a change in diet is sometimes all it takes.

This is disturbing information when considered in light of recent psychiatric practice. Anxiety, like ADHD, can sometimes be greatly mitigated by cutting down on gluten (and sugar). And yet, between 2001 and 2010, the prescription of anti-anxiety drugs for children under the age of nineteen increased by 45 percent among females and 37 percent among males.

4. Can stop you from being happy… The reason that gluten-sensitive people are often prone to anxiety – as well as depression – can be better understood if you understand cytokine proteins. Cytokine proteins move cells toward locations of inflammation. However, they also block the production of critical neurotransmitters, such as serotonin, which is what makes us feel joyful and happy. Gluten sensitivity increases the production of cytokine, which, in addition to being inflammatory, can literally block our happiness.

So this is the lowdown on why it’s worth eliminating it from your diet. So far, I’ve not discovered any good reason that alternatives can provide to why you should have it in your diet.

If you need help in dietary changes or food plans that reduce inflammation, fatigue and raise vitality, let me know in the contact form and one of our team will get back to you with solutions and plans that really work